Graphology is the study of character from hand­writing. It takes us into the underworld of the sub­conscious, to the secrets we keep even from ourselves.

It works because handwriting is body language on the page. It reflects all the character traits of the writer – their dreams, foibles, intelligence. Everything that makes them who they are.  And it is virtually impossible for anyone to prevent their handwriting from revealing these secrets.

Finding out what someone is really like is impossible if we only look at how they behave or what they say. We have to go deeper to find the truth about them.

How much do you really know about yourself, your friends, your lover, your children?  Everything we do says something about us. From the way we shake hands, to how we drive a car. But many of our actions are designed to conceal our true nature, to hide what we actually think and feel.

THE BENEFITS OF GRAPHOLOGY (Handwriting Analysis) 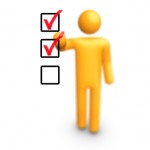 The benefits of skill in graphology are numerous. It provides a better understanding of ourselves and those who are close to us. It helps parents to monitor the progress of their children. It can even help you select the best candidate for a particular job !

Graphology is widely understood and used in many countries. In many parts of Europe and the USA graphologists are brought in by large firms to help assess job applicants. Half the major companies in Germany ask a graphologist for advice on potential employees. And the figure is even higher in Holland. Those firms know that an expert study of your letter of application reveals far more than the words on the page. They may end up knowing more about you than you do, without even meeting you! Handwriting Analysis is now an emerging subject in India.

There is nothing sinister about the study of character from handwriting. It is a great shame that graphology books seem to be grouped with fields such as palmistry and astrology in bookshops and libraries. Graphology cannot foretell the future. It simply reveals the true nature of the writer.

HOW DOES GRAPHOLOGY WORK ?

The principles of graphology are very simple. Every­thing on a page of handwriting – or missing from it – says something about the writer. It is like a jigsaw where all the pieces fit together but have a hidden message as well as a revealed image.

Many of the deductions made in handwriting analysis are really commonsense. Think about how people behave at a party. Some people love the beat of music and spend most of their time dancing, enjoying the attention their actions attract. Others prefer to find somewhere quiet and talk with friends. We make judgements of character from this behaviour.

We could make similar judgements by looking at their handwriting. The showy, affectionate, active person will have large, flamboyant writing which demands your attention. The quieter, more reflective soul will have smaller, probably neater and more controlled writing, with pointers to a slightly less exhibitionist personality.

Two of the most common things people say about handwriting are:

‘I have two different styles of writing’, and

‘I can’t read anything my doctor writes!’

Let us examine the first statement. It is true that some people have styles of writing which appear, on first sight, to be different. However closer examination usually reveals that the key character indicators are the same in both samples. The changes are merely cosmetic. Professionally trained handwriting analysts identify the character even if the writings appear to change.

The next statement is on the doctors writing. It does seem to be true that many doctors have a particularly illegible script. There are two reasons for this. The first is doctors are usually under a lot of pressure and are carrying out the task as quickly as possible. Writing in a hurry leads to neglected letter forms.

The second point is that, illegible writing is subconsciously deliberate. The writer does not want everyone to be able to read it. Why? Well doctors, like lawyers and some other professionals, are in the secrets business. Part of their job involves knowing things but not letting on. This requirement has crept into their writing style.

CLICK THE LINKS BELOW FOR RECENT ARTICLES ON GRAPHOLOGY