The development of a children handwriting writing from a mere copying exercise to using words as a vehicle for expression is one of the most exciting aspects of childhood.

From their early efforts, erratic and faltering, through the impressionable early teens, to their adulthood, children handwriting changes. It moves from the writing of the copybook to an individual style with its own mechanical efficiency, from a conscious to a subconscious process, and charts the child’s development on the way.

Graphology can help a parent monitor a child’s intellectual and emotional development. You can spot danger signs of anxiety, and detect the common tendency for children to try out different handwriting styles before assimilating them into their own natu­ral handwriting. (just as they imitate other people’s behaviour during their impressionable years)

STAGES IN DEVELOPMENT OF CHILDREN HANDWRITING 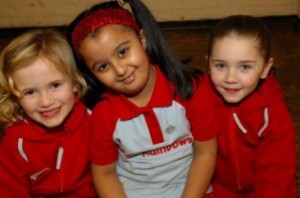 The typical stages of development in a children handwriting are outlined below. The age ranges given are approximate and all children develop in different ways, so these must be seen as broad generalisations.

They still provide valuable guidance on the development process in handwriting for children.

The child is taught to copy individual letters, and inevitably mimics the style as well as the shape of the letters in the example.

Handwriting has become more automatic and individual touches start to appear. The child is encouraged to link the letters of words together -‘joined up writing’. Once achieved, children often see this as a sign of sophistication, but in the meantime, and for quite a long period, they will carry on printing letters because the overall effect is neater.

Handwriting is now a natural process, and content occupies more of the conscious brain than the mechanics of how the writing is achieved. However neatness and legibility are commented on by parents and teachers alike, and the child will carry over an increased awareness of presentation in the writing. Simplifications start to appear (ommitting loops for example) as the hand and brain learn short cuts in forming letters.

The image of handwriting increases in significance for the writer. Deliberate stylistic changes will be made, usually not being retained longer than two years. These are a symptom of the stage of experimentation and imitation of others, and (in the later teens) an urge to show more individuality.

During puberty the sudden and uncontrollable surges of emotions which children experience is reflected in bursts of heavy pressure. After this, it is common in adolescence for the children to write with a much lighter pressure for a period of up to two years. This shows a time of lack of confidence and insecurity concerning their identity. It is also quite common for a teenager to switch to backward slanted handwriting for a while. This reflects a great awareness of self-image and a wish to appear adult and sophisticated.

Adults have the luxury of opting to use a typewriter or word processor for written communication if their handwriting is difficult for others to read. Children do not, in the main, have such a choice, and the importance of legibility in their handwriting cannot be underplayed.

From their first copied line of letters, through all their school examinations, to their letters applying for jobs, the vital aspect of a child’s writing is that people can read it easily. Many teachers privately admit that poorly presented work, whatever its true quality, is likely to be marked more harshly than work which is easy to read.

A lot of pressure is applied to children with illegible writing to improve it. This applies par­ticularly to girls, who are generally expected to have neater handwriting than boys. There is no reason why this should be so, indeed the graphologist cannot tell the sex of the writer from a sample of handwriting.

It must be understood that illegible writing by children can have a variety of causes, but is most unlikely to be a result of poor writing technique: the causes will lie much deeper. Some typical reasons for illegible writing in children are listed here.

Understandably, parents become very concerned if their child’s writing is unreadable. One initial practi­cal step is to equip the child with a fibre tip pen. These flow more easily across the page and are a smoother writing implement.

However, it is likely there is a subconscious reason for the lack of expression the child is showing through illegible writing. Parents should consider whether the child is unhappy in some way, or perhaps simply bored with what they are doing. Never force a child to change their handwriting style in a bid for greater legibility. You will be storing up problems for the future, by repressing some aspect of the child’s character.

SIGNS OF ANXIETY IN CHILDREN HANDWRITING

No-one likes to think of their child as suffering from anxiety, but children do go through stages of stress, as the body changes, as emotions develop, during exams, etc. The signs of anxiety listed here should cause concern only if they last for an extended period.

SIMPLIFICATION AND EMBELLISHMENT IN CHILDREN HANDWRITING

These apparently contradictory actions are signs of character development, and are very easy to spot. Simplification involves the dropping of parts of letter forms without compromising readability, to achieve rapid, efficient and often elegant writing. This is a sign of intelligence and is particularly significant if it appears before the age of nine in handwriting of children.

Another sign of early intelligence is upright, unslanted writing, which indicates an old head on young shoulders. Embellishment is the addition of flourishes to the writing in an attempt to give it a unique and distinctive image. It shows a wish to be recognised and appreciated, and a step away from the conformity of the copybook style to something with more individualism. The embellishments will be dropped or adapted to form part of the writer’s adult handwriting style.

About a fifth of all people are left handed. Some of them experience difficulty in writing because the act of pushing a pen across the page – as opposed to the pulling motion used by the right handed writer causes them problems.

The left hander has to adapt and hold the pen in a different way to write across the page, and some end up with a very contorted pose in their efforts to achieve this. Provided this does not cause physical pain or affect the handwriting , it does not matter how the left hander solves the problem.

Some sensible suggestions include placing the writing paper slightly to the left, to give the arm more room to move in to; and ensuring that the pen or pencil is gripped at least 3 cm from the tip, so that words already written are not smudged or concealed by the moving hand.

Using this sensible advice, the left handed writer should suffer no disadvantage in how they write — you cannot spot them from their handwriting style. As is now well known, the worst thing you can do is force them to hold the pen in their right hand, because this repression inflicts deep pyschological suffering.

A general point when examining the children handwriting is that, in the end, content is much more important than appearance. A happy, imaginative, confident child may have writing that is difficult to read, but if the mind develops well they will learn in time the value of expressing themselves in the written word.

It is relatively easy, by careful training or by switching to another writing format such as a typewriter, to get legible words onto a page. Children handwriting should be judged by what these words express rather than how they are applied to a sheet of paper. So even if your child has wildly illegible handwriting, provided you are sure that this is not cause by lurking emotional or mental trauma, do keep the ‘problem’ in proportion. Where graphology can help is in identifying possible hidden unhappiness and, hopefully, monitoring its demise.

To get professional guidance on the handwriting of children contact us by leaving your comments below.